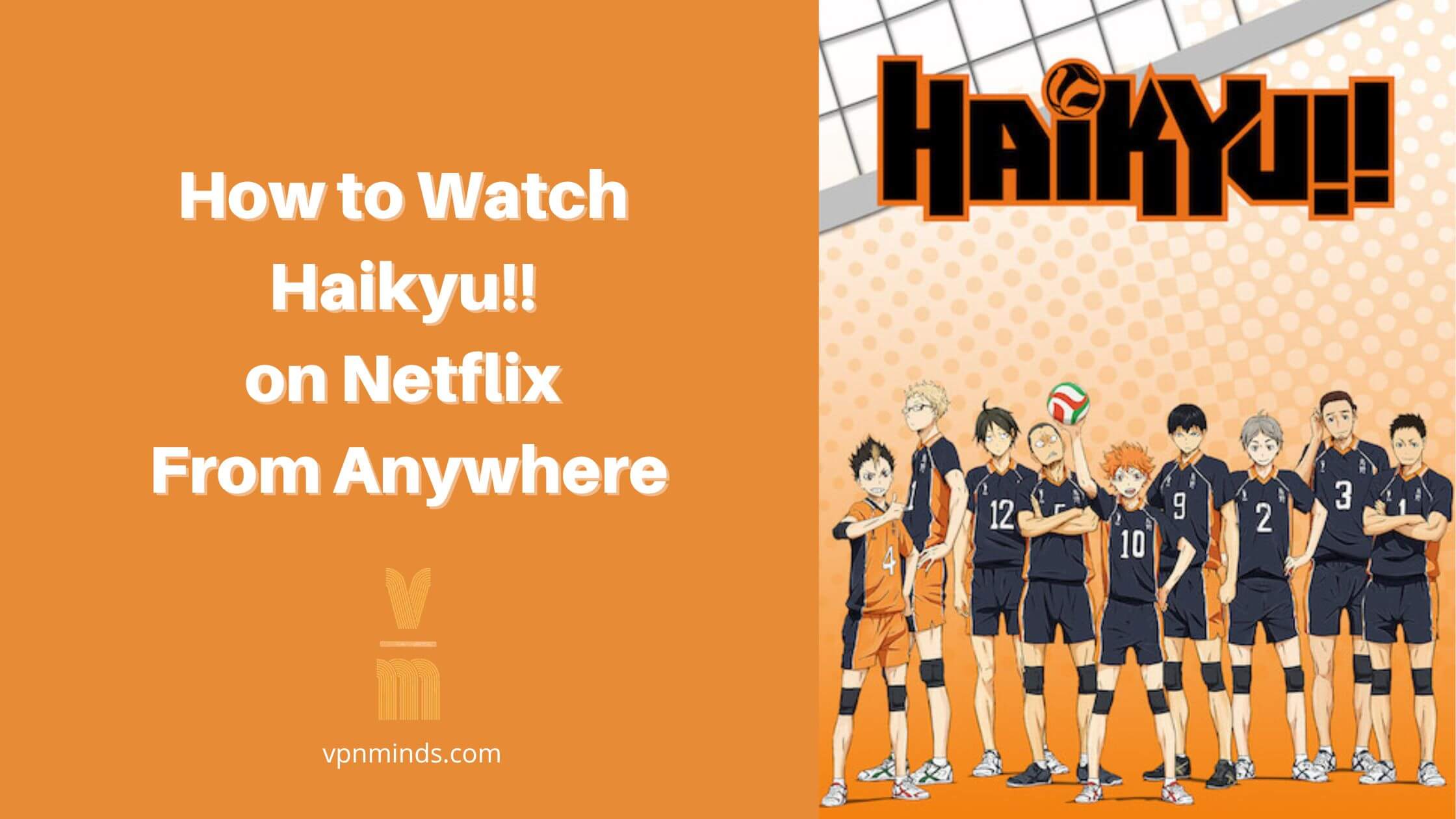 Unable to find Haikyu!! (Haikyuu) on Netflix? In this article, I will share an easy guide on how to watch Haikyuu on Netflix from anywhere, including Canada, the US, and more.

Is Haikyuu Available on Netflix?

Haikyuu is streaming on Netflix, but it’s not available in every location. That’s because much of Netflix’s content is region-locked due to licensing restrictions. Meaning the content you see on the platform varies from country to country. That’s why you’re unable to find Haikyuu on your regional Netflix library.

However, it’s easy to change your Netflix region and access other countries’ content libraries. The best way to do that is with a VPN. This way, you can watch all episodes of Haikyuu on Netflix, no matter where you are.

Quick Guide: How to Watch Haikyuu (All Seasons) on Netflix from Anywhere

Why Do You Need a VPN to Watch Haikyuu on Netflix?

As mentioned above, Haikyuu is not available on every Netflix library. Currently, Netflix Japan is the only country that has all 4 seasons of Haikyuu. If you want to watch the show outside Japan, you need to get a Japanese IP address.

This lets you watch all seasons of Haikyuu on Netflix, even if you’re not physically located in the country. In addition, you can also watch other region-locked titles, like Naruto, Hunter x Hunter, Attack on Titan, and more.

Which Netflix Libraries Have Haikyuu?

Aside from Japan, Haikyuu is streaming on Netflix in the following countries:

To watch all 4 seasons, you must connect to a server in Japan. If you’re based in Germany, South Korea, and Switzerland, you can watch the first 3 seasons without a VPN. Just open your app as usual and look up Haikyu!.

Where Else Can I Watch Haikyuu?

If you don’t have a Netflix subscription, I have good news for you. You can also watch Haikyuu on the following platforms:

It’s important to note that Crunchyroll is geo-restricted. If you’re outside the permitted location, you’ll need a VPN to access it.

Why Do I Use ExpressVPN for Unblocking Netflix Libraries?

In Which Order Should I Watch Haikyuu?

Listed below is the correct order to watch Haikyuu.

FAQs on How to Watch Haikyuu on Netflix

Can I use a free Netflix VPN to watch Haikyuu?

You can, but free VPNs often do not work with Netflix. They’re easily detected by Netflix and are unable to access region-locked titles, like Haikyuu.

What devices can I watch Haikyuu on?

Using a VPN, you can watch Haikyuu on all devices that support Netflix. This includes Android, iOS, Windows, Mac, Linux, smart TVs, and more. The only condition is that your VPN should be compatible with these devices.

If your device doesn’t support VPNs, you can still set it up on your router and use the VPN connection on all devices connected to the router. This way you can watch Haikyuu on devices that don’t have VPN compatibility.

Is using a VPN to watch Haikyuu on Netflix legal?

Yes, using a VPN to watch Haikyuu is legal. You won’t get into trouble for using one to access other countries’ Netflix libraries.

However, you should make sure that VPNs are legal in your country. In some countries, VPN use is restricted or banned. Please stay up to date with your country’s local VPN laws to avoid getting into trouble.

Haikyuu is only available on a few Netflix regions, like Japan. However, you can easily access it from anywhere using a VPN.

I personally use ExpressVPN because it works with several Netflix libraries without any problems. Its 30-day money-back guarantee lets you try it risk-free. If you’re not happy, you can get a full refund.