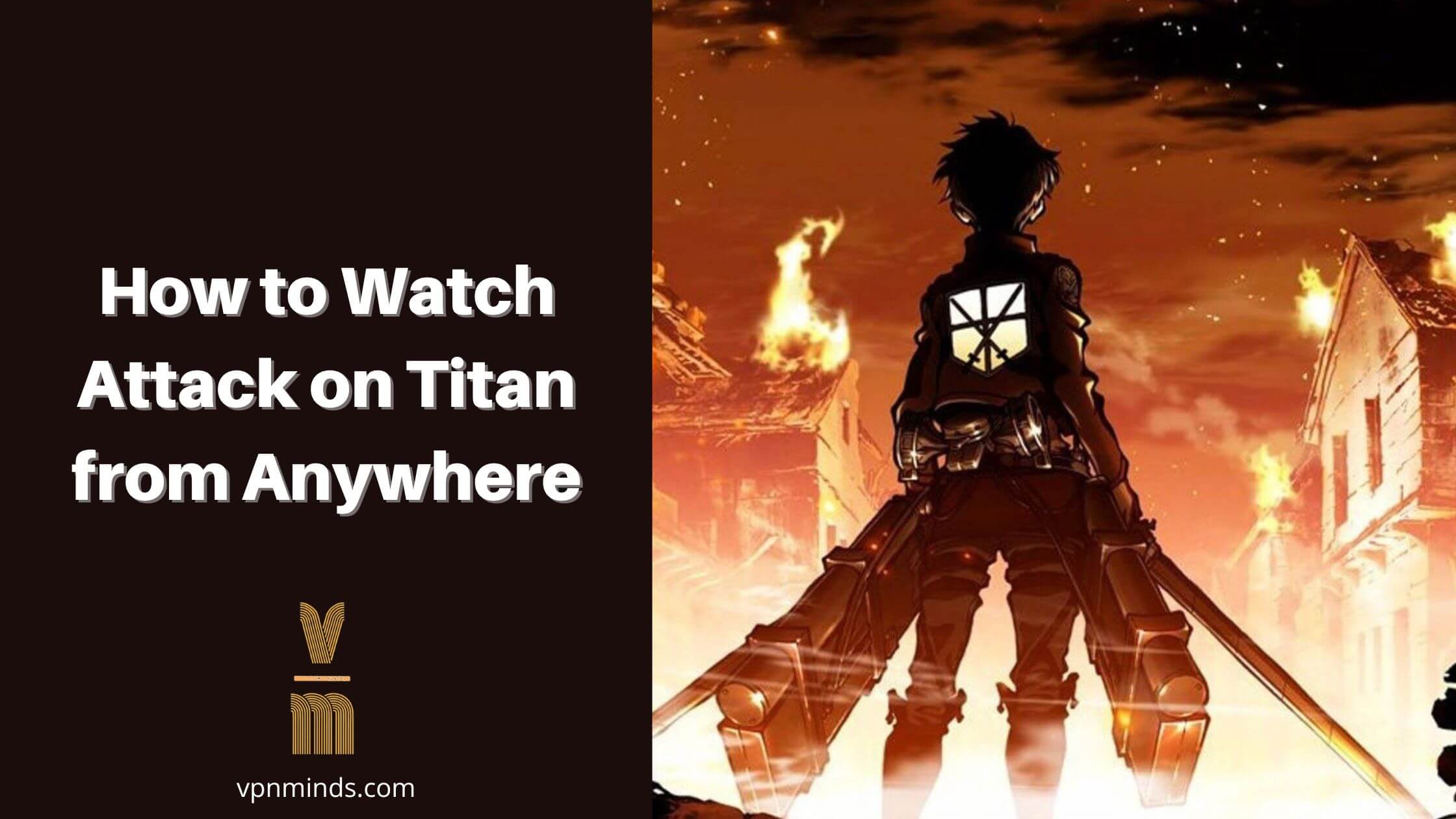 Is Attack on Titan Available on Netflix?

Attack on Titan is streaming on Netflix, but it’s not available in every location. Currently, it’s only streaming on a few Netflix libraries, including Japan and Italy (more regions listed below).

You see, much of Netflix’s content is region-locked due to licensing restrictions. Its content library changes depending on your location.

Netflix likely doesn’t have distribution rights to this title in your country. That’s why you’re unable to find Attack on Titan on your Netflix library.

However, you can change your Netflix region and access other countries’ content libraries. The easiest and fastest way to do that is with a VPN.

This means you can watch all 6 seasons of Attack on Titan on Netflix, no matter where you are.

In a Rush? Here’s How to Watch Attack on Titan on Netflix

Why Do You Need a VPN to Watch Attack on Titan?

As mentioned above, Attack on Titan is only streaming on a few Netflix libraries. In order to watch this show on Netflix, you need an IP address of a country where AoT is available, like Japan. The easiest way to do that is through a VPN.

A VPN hides your real IP address and assigns you a new one based on your chosen server location. For example, when you connect to a Japanese VPN server, you’ll be assigned a Japanese IP address. This leads Netflix into believing that you’re using the platform from Japan. As a result, it gives you access to the entire Netflix Japan catalog.

This lets you watch all seasons of Attack on Titan on Netflix, even if you’re not physically located in the country.

Which Netflix Libraries Have AoT?

You can watch AoT in these Netflix regions without a VPN. If you’re outside of these countries, you can connect to a VPN server in these countries and access these libraries.

A good VPN (like ExpressVPN) will have reliable servers in all these countries, so you can connect to one of these locations and easily watch Attack on Titan on Netflix from anywhere.

Where Else Can I Watch Attack on Titan?

If you don’t have a Netflix subscription or don’t want to pay for a VPN, I have good news for you. You can also watch Attack on Titan on the following platforms:

It’s important to note that some of these streaming platforms are geo-restricted. If you’re outside the permitted location, you’ll need a VPN to access these platforms.

Why Do I Use ExpressVPN for Streaming AoT on Netflix?

Humanity is forced to live within big walls to keep them safe from gigantic creatures called Titans. But when the Titans breached the wall and destroyed the city, Eren Yeager and his friends vowed to seek revenge against the Titans that demolished their community.

In Which Order Should I Watch Attack on Titan?

Listed below is the correct order to watch Attack on Titan.

FAQs on How to Watch AoT on Netflix

Can I use a free Netflix VPN to watch Attack on Titan?

Free VPNs often do not work with Netflix. They’re easily detected by Netflix and are unable to access region-locked titles, like Attack on Titan.

Even worse, free VPNs have slow speeds and limited data, making it virtually impossible to use them for streaming. Not to mention, they can also put your privacy at risk as some of them sell user data to make money.

What devices can I watch Attack on Titan on?

Using a VPN, you can watch Attack on Titan on all devices that support Netflix. This includes Android, iOS, Windows, Mac, Linux, smart TVs, and more. The only condition is that your VPN should be compatible with these devices.

If your device doesn’t support VPNs, you can still set it up on your router and use the VPN connection on all devices connected to the router. This way you can watch Attack on Titan on devices that don’t have VPN compatibility.

Is using a VPN to watch The Vampire Diaries on Netflix legal?

A VPN is nothing but a privacy tool, so using one with Netflix is not illegal. You won’t get into any trouble just for changing your Netflix region and watching Attack on Titan. Put simply, as long as you’re not using the VPN to break the law, you should be fine.

Attack on Titan is only available in a few Netflix regions, like Japan. However, you can easily access it from anywhere using a VPN.

A VPN also unblocks other Netflix libraries and region-locked platforms like Hulu, Disney+, BBC iPlayer, and more. Plus, it protects your privacy by encrypting your traffic and hiding your IP. I personally use ExpressVPN because it’s the most reliable and lets you try it risk-free since it’s backed by a 30-day money-back guarantee.